# TRANS-EUROPA MEDIAS/ The Island of Skyros from Late Roman to Early Modern Times: An Archaeological Survey 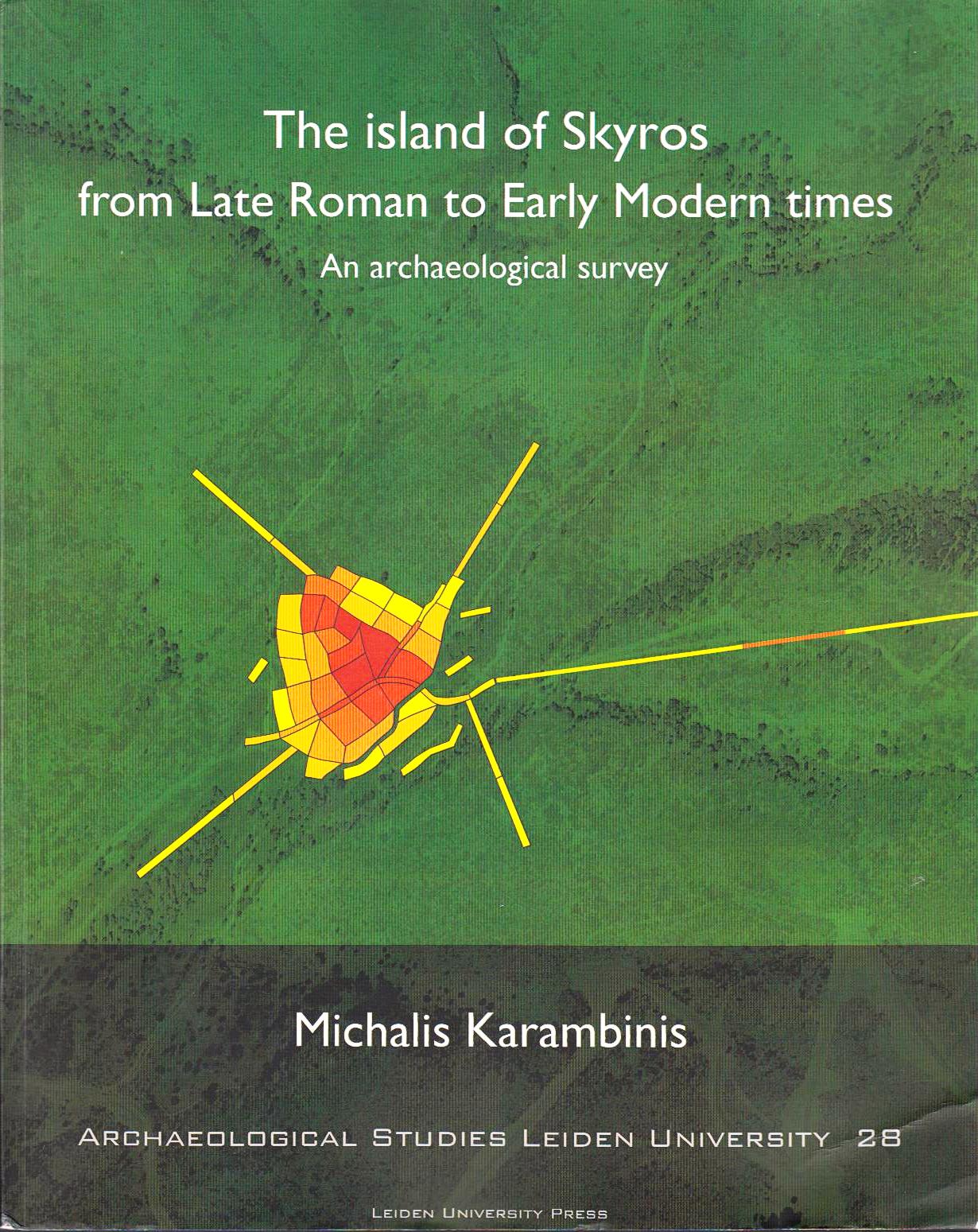 Aegean archaeology has mainly concentrated on Prehistoric and Greco-Roman times and has provided relatively little information on human activity and material culture in the medieval period. Historical research concerning the medieval era is sufficiently developed but archaeological research on the medieval Aegean has mainly focused on matters of art and architecture. In fact, we have an overall picture of the medieval and post-medieval periods for only a few islands of the Aegean. This ASLU volume fills this gap. It uses the ancient past as background for examining the continuity and change that the island of Skyros experienced from the Late Roman period onwards. It brings together two different archae-ological ‘schools’, that of long-term survey research (based mainly on material culture) and that of ‘traditional’ Byzantine and Post-Byzantine archaeology (focused on art and architecture), offering new perspectives on settlement patterns, art and architecture, and the material culture of Skyros from Late Roman to Early Modern times. The combination of archaeological data and information from historical sources reconstructs the regional history of Skyros during that time span, which is ultimately the main purpose of this study.
ABOUT THE AUTHOR:

Michalis Karambinis took his BA on archaeology in the University of Athens and his MA in the Pontifical Institute of Christian Archaeology in Rome. In 2009 started his PhD dissertation at Leiden University, with this book being the outcome of this research. In 2007-2015 he worked for the Hellenic Archaeological Service (Archaeological Ephorate of Euboea). He is currently a Post-Doctoral researcher at Leiden University in the ERC project “Empire of 2000 cities: urban networks and economic integration in the Roman Empire”.